Little People In The City by Slinkachu

Slinkachu is as a London-based artist who creates street-based installations, which play with perspective and scale.

Using the miniature human figurines from model train sets, the artist presents scenarios capturing city folk going about their daily lives but imbued with a sense of urban tension. These are then photographed, from both extreme close-up to give the idea of human scale, and then from afar, to reveal the deception. The inclusion of real-size objects – a throwaway paper cup, a cigarette butt, a dead bee – adds a touch of surreal magic to each piece.

He’s mounted work in Slinkachu has created installations in Amsterdam, Barcelona, Manchester, Athens, Grottaglie in Italy and Stavanger in Norway.

A book of his work, Little People In The City, is available. 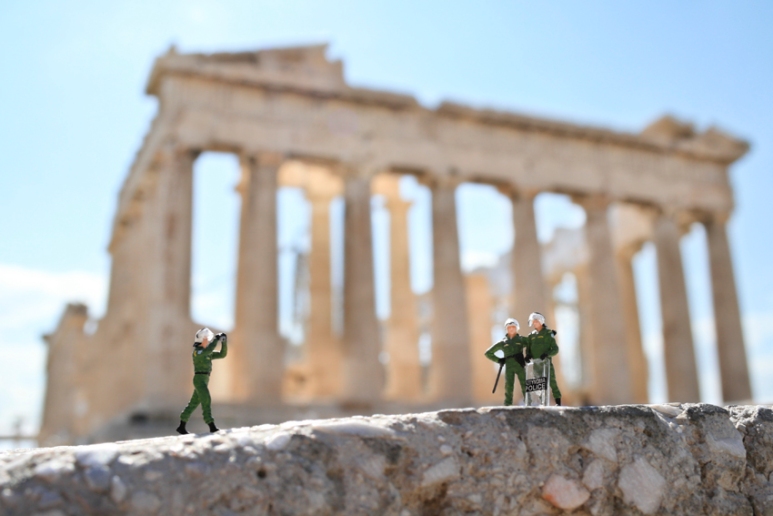 So small is the scale of the works that you could easily walk right past one of Slinkachu’s installations and not realise it’s there.

So, watch where you are walking.

Check out Slinkachu’s blog here, and the site of his new project, Inner City Snail, here.